On our second visit to England in 2011, my husband and I focused primarily on research for The Maid of Fairbourne Hall, touring the below-stairs world and attic servants’ quarters of several old country estates and town houses. (Lanhydrock in Cornwall, Number One Royal Crescent in Bath, The Georgian House in Bristol, and Tredegar House in Wales.) I highly recommend the “Butler and Housekeeper” tour, performed by actors in costume (and in character), at Tredegar House. No photos were allowed there, but here are a few from two of the other places we visited.

Photos of The Georgian House, Bristol

Additional Photos from Research for The Maid of Fairbourne Hall

The Girl in the Gatehouse

The Secret of Pembrooke Park 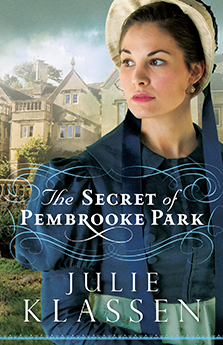