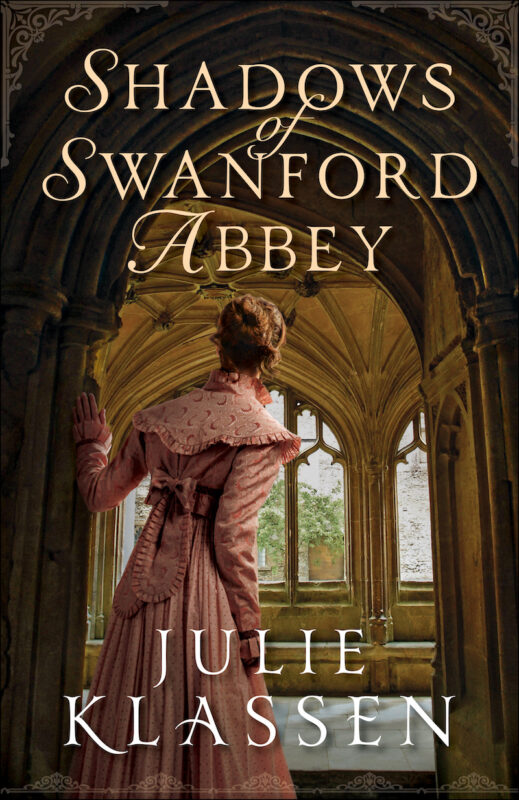 A romantic mystery set in a medieval abbey-turned-hotel rumored to be haunted.

News of her brother’s worrisome behavior spurs Miss Rebecca Lane to return home. Upon her arrival, he begs her to go to nearby Swanford Abbey, a medieval monastery—now a grand hotel—rumored to be haunted. Feeling responsible for her brother’s desperate state, she reluctantly agrees to stay at the abbey until she can deliver his manuscript to a fellow guest who might help him get published—an author who once betrayed them.

Soon, Rebecca starts seeing strange things, including a figure in a hooded black gown gliding silently through the abbey’s cloisters at night. For all its renovations and veneer of luxury, the ancient foundations seem to echo with whispers of the past—including her own. For there she encounters Sir Frederick—baronet, magistrate, and former neighbor—who long ago broke her heart. Now a handsome widower of thirty-five, he is trying to overcome a past betrayal of his own.

When the famous author is found dead, Sir Frederick makes inquiries and quickly discovers that several people held grudges against the author, including Miss Lane and her brother. As Sir Frederick searches for answers, he is torn between his growing feelings for Rebecca and his pursuit of the truth. For Miss Lane is clearly hiding something. . . .

“A brilliant Agatha Christie-esque whodunit by reader favorite, Julie Klassen. Set in the creepy atmosphere of an old abbey, Shadows of Swanford Abbey will keep you guessing to the very end. There’s plenty of danger, intrigue, and—yes—romance to delight Regency era lovers of all ages. Truly a don’t miss read!”